Habibie Razak is Project Director and Head of Energy, Resources & Transport Division with 18+year of experiences stationed at SMEC Jakarta Office. He previously worked at Tractebel as LNG & Gas Product Director, Senior Project Manager & Business Developer based in Jakarta. He got involved in project management as well as proposal and business development activities for power, oil & gas and infrastructure projects for Indonesia and South-East Asia operation.

Habibie Razak also worked for Black & Veatch Office in Jakarta. He was responsible for managing oil & gas projects from sales and marketing phase, proposal, project engineering and project management for some various projects in Indonesia consist of LNG, LPG and various gas processing projects. Razak was working on couple LNG projects in East Java and Coal Gasification to Ammonia and Urea in South Sumatera that includes a feasibility study and Preliminary Front End Engineering Design (Pre-FEED).

Habibie Razak has been working as project manager in various industries from nickel and coal mining, power station and LNG development. He is a civil engineer and licensed as professional engineer of Indonesia licensed by the Institution of Engineers, Indonesia since 2010 and is licensed as ASEAN Chartered Professional Engineer (ACPE) as the result of ASEAN Economic Community agreement on Engineering Services and registered ASEAN Engineer. His first company was International Nickel Indonesia (INCO) and he started his career as assistant civil engineer on 2003 and becoming a project manager starting 2006. Most of his projects when he was with INCO dealing with mining infrastructures such as flyover bridge, warehouse, industrial office, processing plant structural work, wet ore stockpiles, port development and so on. He was also involved in construction of the third hydro electric power plant 2×60 MW belongs to PT INCO on 2009.

In March 2011 he decided to join PT Slipform Indonesia a group of Slipform Engineering (HK) Limited as Project Manager and then working as Engineering Manager afterwards. He built 3×60 MW Power Plant and was working on LNG Train 2x 1.2 MMTPA capacity in South Sulawesi Province Indonesia.

Habibie Razak is also the activist of the Institution of Engineers, Indonesia (PII) and now he’s the Secretary of Learning Centre. He’s actively in providing inputs and recommendations of Indonesia energy policy strategy to the institution of Engineers, Indonesia (PII) for them to be followed-up to the national decision maker. Personally, he is empowering the study of energy resources such as LNG & gas, renewable energy, which are feasible to be developed in order to reduce the energy and electricity subsidy. He is campaigning energy and electricity solution by attending seminar, workshop, conference both nationally and internationally including to presenting technical papers and articles as part of his campaigns. 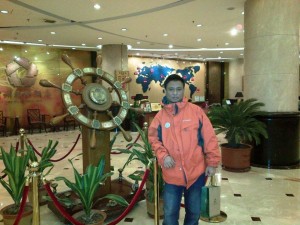 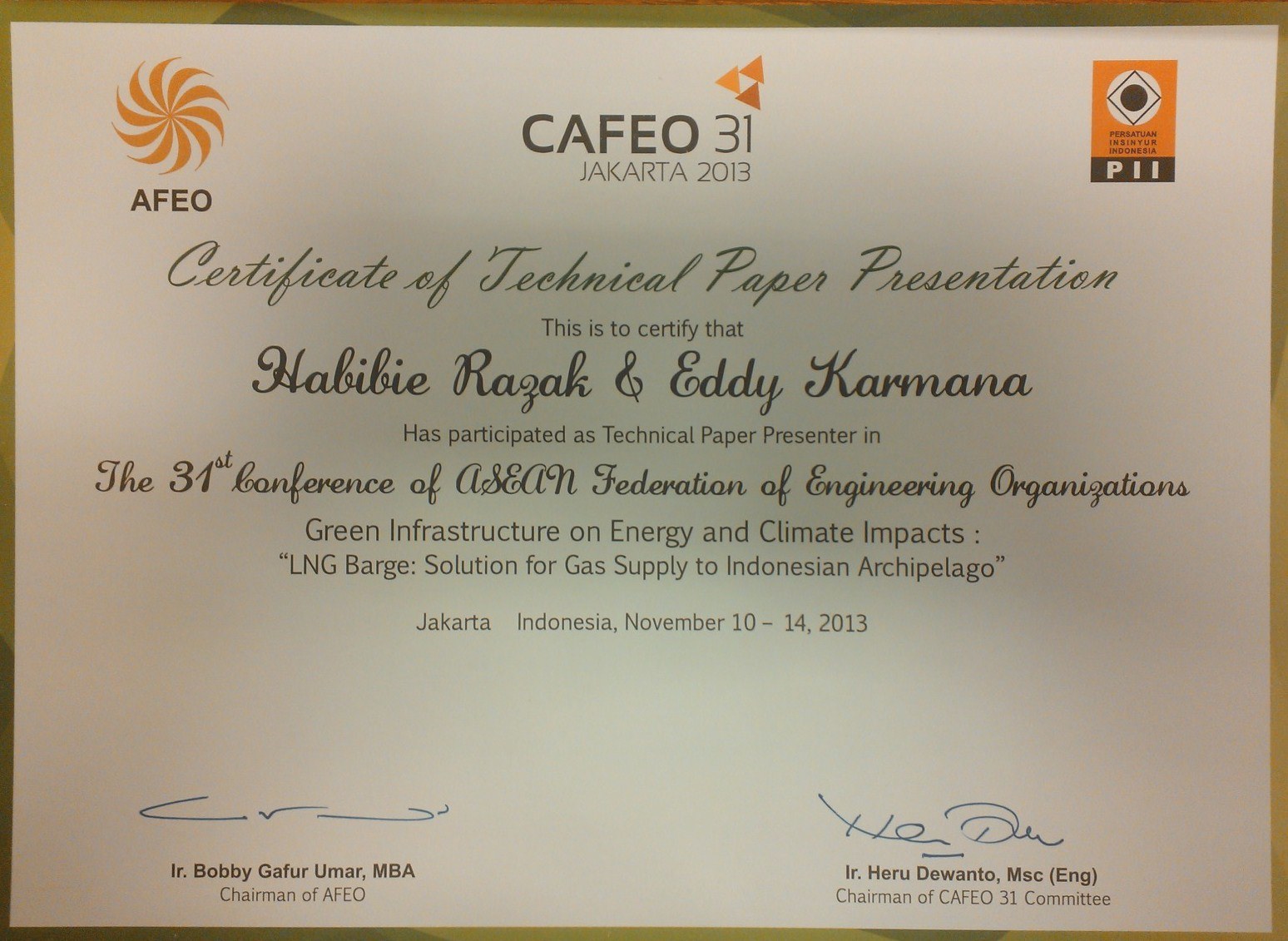 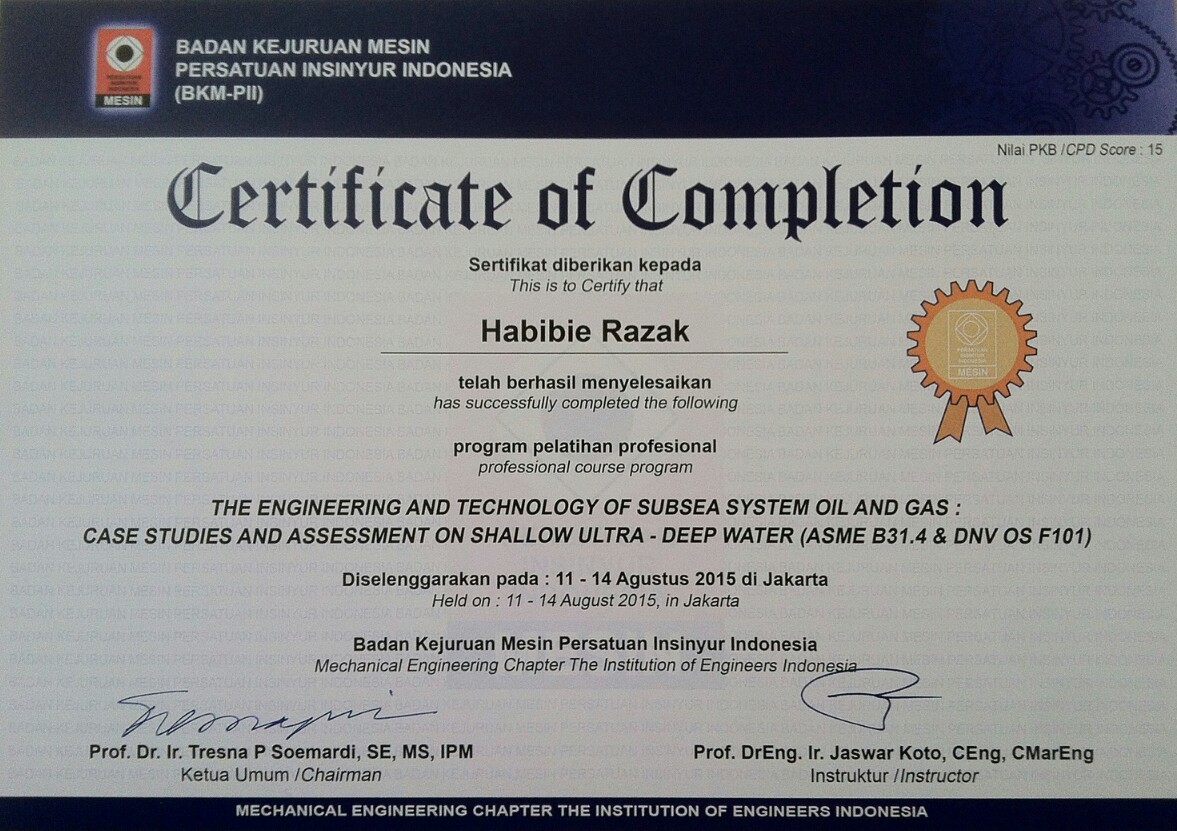 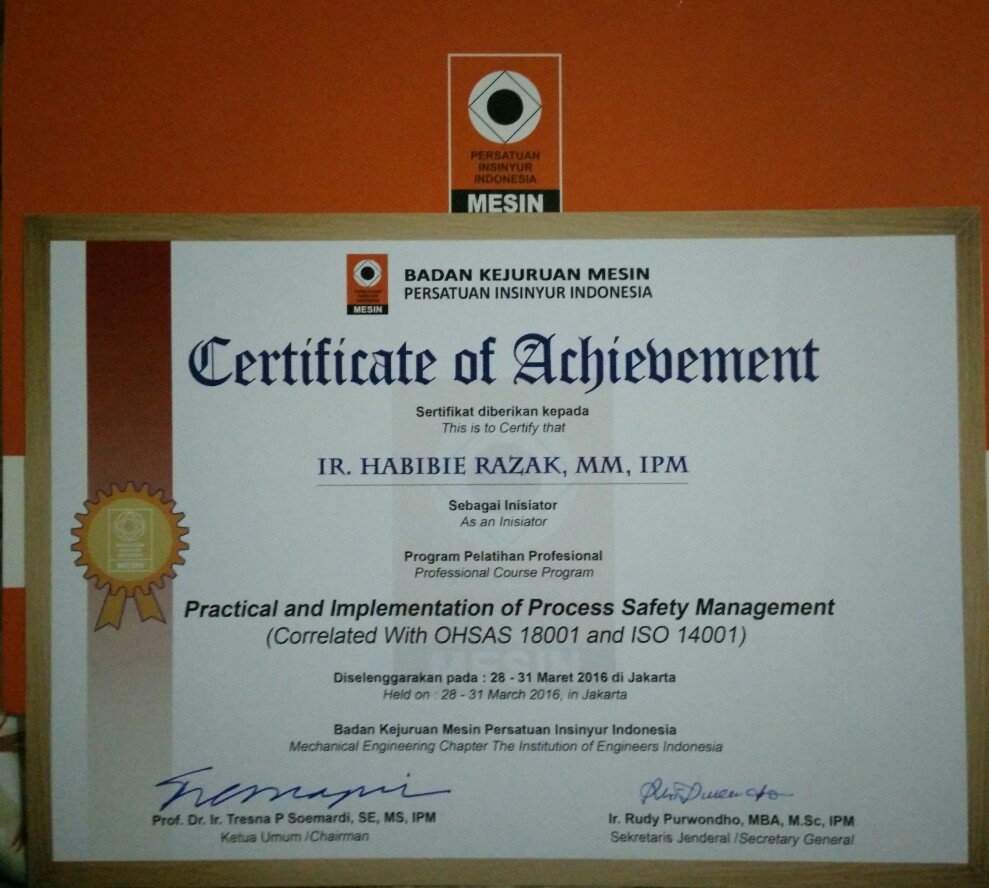